I know I said I’ll continue posting my ‘The Lord of the Rings’ review, but since that is taking rather longer to complete, I thought I’d write a couple of posts on news that is more pressing and currently ‘hot’.

For the Staff
* Thank you to the Storytellers, Directors, Game Organizers and other community leaders who invest so much of their time, their money, their creativity and their hearts to creating the games we love.
* Thank you to all the staff members for bringing the world to life around us, whether it’s a menacing villain we spend an entire season hating or just a bit part played for five minutes.
* Thank you for all the late nights and re-writes, the prop shopping and the jaw dropping, and most of all the non-stop love you have for telling it right.

We see what you do, and we’re so grateful for it all.

For the Players
* Thank you to all the other players who join these communities and dive into these worlds alongside us, whether for a few hours at a one-shot con game or a few years…

Do you smoke a pipe? Is a pipe part of your steampunk costume? Would you argue that a pipe helps finish off a steampunk outfit, even if you don’t smoke?

Yes I understand that it’s not a rule, but everyone has their own preferences.

It’s time to cast your votes, ladies and gentlemen.

In all my years of gaming, I’ve come across a lot of different characters – and perhaps more importantly, character archetypes: the Rogue with a Heart of Gold, the Bookish Wise Man, the Femme Fatale and so on. Whether it’s a fantasy boffer larp or a horror parlor game, certain types of characters keep showing up over and over again. And most of the time that’s fine – archetypes are part of storytelling, so it’s no surprise that we find lovable crooks everywhere from drafty dungeons to cyberpunk clubs. However, there are some character types that aren’t so easily integrated, that in fact can do some real damage to the game and the enjoyment of the other players.

In this installment of BLT, we’re going to take a look at four problematic character types, what’s wrong with them, and most importantly offer solutions on how to turn them around and…

For Whom the Gear Turns

Metal is one of the most satisfying mediums I have ever worked with and I hope to get a chance to do more in the future. But even if I never do, I will always love metal art. The strength and flexibility of the material means an artist is really only constrained by the bounds of their imaginations (okay, and sometimes their tools). I really enjoyed these metal men and the world I imagine them inhabiting, especially the “search engine” and the “observatory.”

You can find more of Greg Brotherton’s artwork (including many different angles of the pieces I chose for my post), as well as pictures from his studio here.

I always like to hear about people from the Midwest finding success, and it looks like Greg is one of those people. Here’s his bio:

“People sleep peacefully in their beds at night only because rough men stand ready to do violence on their behalf.” – Richard Grenier, referencing an idea of George Orwell’s. 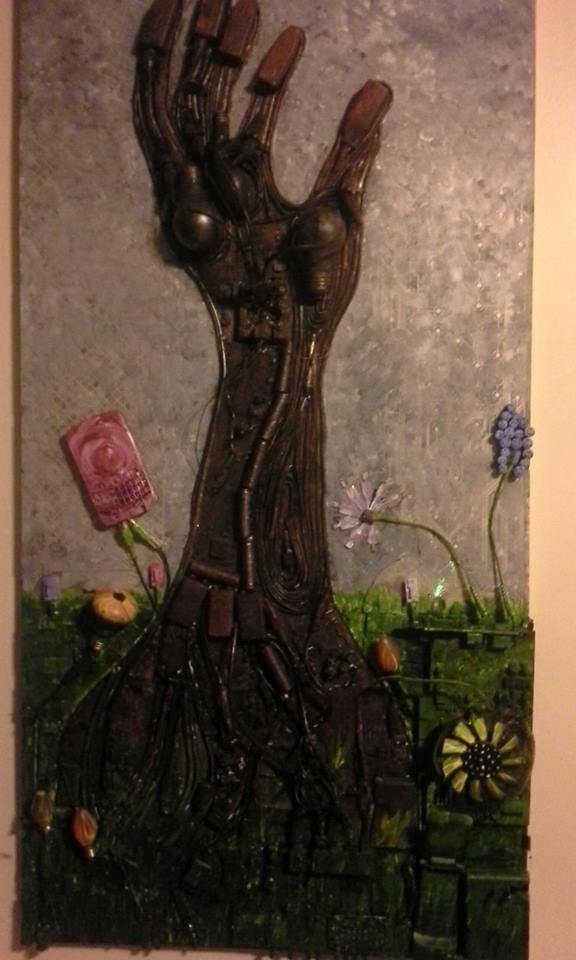