I think this ties in rather well with my comments on beauty yesterday.  Click through to see the full sized version.

Science can’t determine values, and this includes aesthetics, beauty.  But that doesn’t mean science has nothing to say about beauty.  As this article at PolicyMic indicates, it can study what most of us see as beauty and explore the reasons why we see it as beautiful.

As science writer Matt Ridley explains in his book The Red Queen, “Prettiness is an indication of youth and health, which are indications of fertility. Why does [a] man care about fertility in his mate? Because if he… 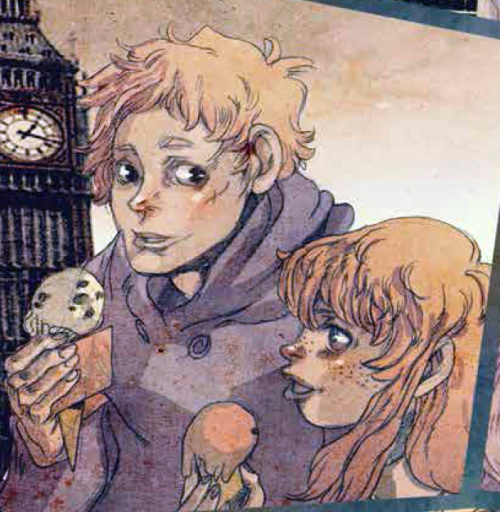 “Interesting Drug” will be your next favorite time travel story. Meet Andrew. One day, he’s a retail clerk. And the next, he’s a mad scientist. It’s all a matter of timing. This graphic novel, created and written by Shaun Manning and illustrated by Anna Wieszczyk, is published by Boom! Studios and is part of its Archaia line.

Aside from the interesting (and,I believe, quite correct) comments on Gollum, I am sharing this post because it includes the entire fan-made movie “The Hunt for Gollum,” which is excellent and well-worth a watch!

Some thoughts on the issue of intelligent life. If we have counterparts out there, where are they? Do they not like us? Are they preparing an invasion to destroy us? Is their technology at our equivalent level? Do they visit us in secret until we “grow up” a little, or are we their laboratory experiments? Are they in some form we don’t recognize and can’t imagine communicating with (like, say, dolphins?) Or is space just so hostile that crossing it is almost impossible? I’ve written about this before, but the summary is that the universe is far older than our planet.  There has been plenty of time for intelligent aliens to have evolved.  But if they had evolved, they should have been here long ago.  Indeed, we should have been colonized many times over.  But there’s no evidence of that having happened.  This is known as the Fermi Paradox.  If all the statistics point to pervasive intelligent life, then where are they?

There have been lots of proposed answers to the Fermi Parafox, such as the rare earth…

I always saw myself as more of a neutral good type, but this is what I got on the first round . . .  (click on this link to do the quiz yourself!)

What Kind Of Person Are You Actually?

Considering the difficulties of interstellar travel.

BBC Future has an article looking at how living in space might effect humans and society, and asking, among other things, should we have babies in space? 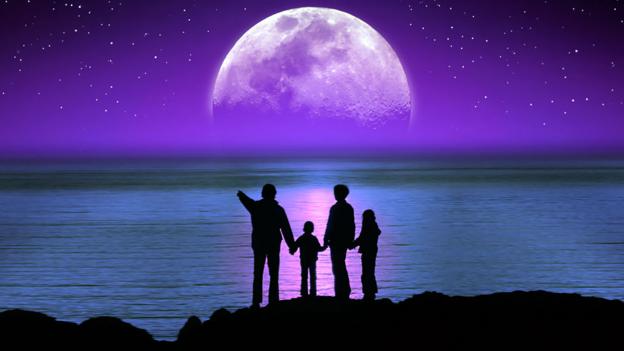 Sir Elton might be lacking in Nasa-related experience, but he had a point. Not only is the planet “cold as hell”, it is also isolated, airless and barren. Even the desolate view of rusty soil, lifeless valleys and bare mountains is shrouded in a permanent orange haze.

Nevertheless, it appears to be humanity’s goal to end up there. If all goes to plan, eventually – quite possibly within the next 50 years – colonists will be living on Mars. In the coming centuries, humans might also be packed onto nuclear-powered starships heading, over generations, for the nearest habitable planet. These pioneers – pilgrims if you like –…

Impressed by the sheer amount of comments and personal theories in reply to this post (Ungoliant: a Fragment of Melkor’s Discord?), instead of commenting back to each and every one of you, I’ve decided to post your feedback here and discuss them one by one: constructing a follow-up article with a collection of your ideas on the subject.

Hopefully, this will create further discussion…

My comment: “You worry too much about losing people. The fact is that nobody reads your blog who can’t keep up anyway; you are far too geeky! 😉 (Remember, my blog is Confessions of a Geek Queen, so obviously this is a compliment.) Dark matter, black holes, the negatives in creation; makes sense to me! In the Kaballah (also spelled Qabala; http://en.wikipedia.org/wiki/Hermetic_Qabalah) there are ten worlds, or Sephira (http://en.wikipedia.org/wiki/Sephirot,) that form the structure of creation. But there are also Qliphoth, which are “shells” or “anti-worlds” (http://en.wikipedia.org/wiki/Qliphoth). Sometimes these are perceived as “evil,” and embracing them can be. But really, they are dark matter; they are the opposite of the life-principle, and thus they destroy and devour. There is much in Tolkien’s writing to suggest that especially considering his field of study that he was not unfamiliar with mysticism and occultism, and he has a way of taking universal themes and encoding those symbols in his writing as ways of making us confront our ethics and our philosophy. Much like if Joseph Campbell were a novelist. It’s probably the primary reason that his writing continues to have universal, timeless appeal.”

*Warning! It gets as confusing as reading The Silmarillion in Khuzdul for the very first time … you have been warned!*

A question often arises within the first few chapters of reading The Silmarillion.

After the initial pages, readers get acquainted with Ilúvatar and the Ainur: the divisions between Valar and Maiar, and their entry into the physical world.

Then this being comes along by the name of Ungoliant – assuming the shape of a giant spider who aides the Vala Melkor, and drains the light from the Two Trees of Valinor.